I became a Christian when I was a teenager. But even after I made a commitment to follow Christ, feelings of inferiority, insecurity, and inadequacy held me hostage.

The dirge of “I’m not good enough” was a song I couldn’t get out of my head. The lies of the enemy created limitations in my life.

They were the barbed wire that fenced me in and kept God’s best at bay.

The problem was, I had no idea who I was, what I had, or where I was as a child of God.

Oh, I understood that I was going to go to heaven, but that was about it.

I settled into a stagnant faith, a safe faith, the stuck faith with other defeated believers who falsely saw themselves through a filter of past sins and failures, rather than through the lens of their new identity as a child of God.

After high school I went to college where I met and married an awesome Christian man. About four years later, I became a mom.

Life was good, except for this termite-like gnawing in my gut that I just didn’t quite measure up to all the other church moms with their smiling faces. (I wonder if you’ve ever felt that way too.)

I walked around with the fear that one day I would be found out—that one day folks would figure out that I wasn’t all I was cracked up to be.

I lived under an undefined self-imposed standard of approval.

Childhood echoes of “you’re so ugly” and “what’s wrong with you” and “you can’t do anything right” left me feeling congenitally flawed.

I sat in Bible study groups like someone in a hospital waiting room: hoping for the best but expecting the worst. My greatest fear was that I’d be no closer to being free of the insecurity than I was before the study began.

When I was in my mid-thirties, I sat under the teaching of an older woman in my church. Mary Marshal opened my eyes to the truths in Scripture about who I was, what I had, and where I was (my position) as a child of God.

I had read those verses scattered throughout Scripture before, but when she encouraged me to cluster them together into one list, God began a new work in my heart.

You are a saint.

You are dearly loved.

These truths were right there on the pages of my Bible in black and white and a few in red.

You are reconciled through Christ’s life.

You are justified by Christ’s blood.

You are free from condemnation through Christ’s death.

You have the mind of Christ.

You can do all things through Christ.

I knew the verses were the infallible Word of God, but I felt rather squeamish hearing them, reading them, believing them.

They made me downright uncomfortable.

And all the while I was studying about my true identity, the devil taunted me with accusations. Who do you think you are? A saint? Are you kidding? This stuff might be true for some people, but it certainly is not true about you.

One day God asked me an important question—one that He is asking you right now.

Who are you going to believe?

I was at a crossroads, one you might be standing at this very moment.

Was I going to believe God and begin seeing myself as God saw me, or was I going to continue believing the lies of the enemy and the echoes of my past?

Was I going to remain stuck in a stagnant faith because I was too insecure to take a step toward the abundant life that Jesus had promised, or was I going to march confidently around the walls of my inadequacies until they came tumbling down?

And that’s what I’m challenging you to do today. Let go of your insecurities and take hold of your true identity.

Will you join me? If so, leave a comment and say, “I’m taking hold of God’s truth!”

Heavenly Father, thank You for choosing me to be your child. Today, I am choosing to believe that I am who You say that I am—a holy, dearly loved, child of Yours who is equipped by You, empowered by the Holy Spirit, and enveloped in Jesus Christ. In Jesus’ Name, Amen. 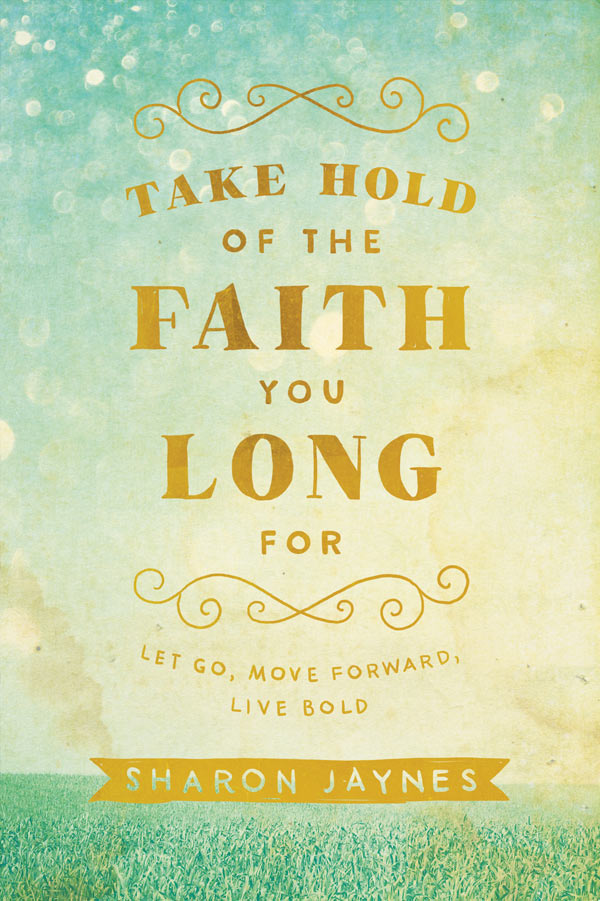 You were not meant to live a mediocre mundane faith! In Take Hold of the Faith You Long For: Let go, Move forward, Live Bold, I reveal the most common reasons we get stuck in our Christian faith. I shows you how to break free of all that holds you back, move forward with all that God promises, and live the adventurous faith of bold believing. It’s time to leave behind feelings of inferiority, insecurity, and inadequacy that hold you hostage and TAKE HOLD of the mountain-moving faith God intends. Let’s uncover untapped sources of confidence and courage, and see how to move from simply knowing the truth to actually living it out boldly in a life marked by true freedom and expectancy.