Oh friend, I don’t know what you are going through today. But I do know this: God is not surprised or worried. He’s got this.

I’ll admit, I’ve had quite a month.

For starters, someone created a fake Facebook page using my name, my pictures and my identity. If I didn’t know better, I’d think it was the enemy himself (John 10:10).

The page look very authentic. The identity thief pretended to be me, and asked for money to support an orphanage in a third world country. Praise God for one of my blog readers who alerted me to the situation. Facebook has finally taken the page down. (By the way, I will NEVER ask you for money. So if you receive an email with my name on it that is doing so, it is not from me.)

Then last week I fell off of a six-foot ladder while trimming dead limbs from a tree and sprained a few limbs of my own. That will put a crimp in your dance moves.

Today I got a cute little steroid shot in my shoulder for a bone spur. Ouch. That was a first. Hopefully it was a last.

You know, life just happens. As my friend Mary Southerland says, “Life is just so daily.” But here’s the thing, God is right there with us through it all…and we can trust Him! God is never stymied by your past, surprised by your present, or worried about your future. (Click to Tweet)

Today, I want to share part of a sermon by Pastor Shadrach Meshah Lockridge that I heard about 20 years ago. With the power of the Holy Spirit oozing from every pore, he spontaneously proclaimed various names of God.  As you read his description, be reminded that God holds the keys to unlock every difficult situation,  the resources to provide for every need, and balm to heal every hurt.

Here’s what Brother Shadrach asked his congregation that Sunday morning years ago:

David said the heavens declare the glory of God,
And the firmament showeth forth His handiwork.
My King is the only One whom no means of measure can define His limitless love.
No far seeing telescope can bring into visibility the coastline of His shoreless supplies.
No barriers can hinder Him from pouring out His blessing.

He’s the superlative of everything good that you choose to call Him.
He’s the only one able to supply all of our needs simultaneously.
He supplies strength to the weak.
He’s available to the tempted and the tried.
He sympathizes and He saves. He heals the sick.
He cleanses the lepers. He forgives sinners.
He discharges debtors. He delivers the captive.
He defends the feeble. He blesses the young.
He serves the unfortunate. He regards the aged.
He rewards the diligent. He beautifies the meek.

Do you know Him?
My King is the key to knowledge.
He’s the well spring of wisdom. He’s the doorway of deliverance.
He’s the pathway of peace. He’s the roadway of righteousness.
He’s the highway of Holiness. He’s the gateway of glory.
He’s the master of the mighty. He’s the captain of the conquerors.
He’s the head of the heroes. He’s the leader of the legislators.
He’s the overseer of the overcomers. He’s the Prince of Princes.
He’s the King of Kings. He’s the Lord of Lord.
That’s my king.

His promise is sure. His light is matchless.
His goodness is limitless. His mercy is everlasting.
His love never changes. His word is enough.
His grace is sufficient. His reign is righteous.
His yoke is easy and His burden is light.

Well I wish I could describe Him to you.
He’s indescribable. He’s incomprehensible.
He’s invincible. He’s irresistible.
The heavens can’t contain Him.
Let alone a man explain Him.
You can’t out live Him.
And you can’t live without Him.

The Pharisees couldn’t stand Him.
But they found out they couldn’t stop Him.
Pilot couldn’t find any fault in Him.
The witnesses couldn’t get their testimonies to agree.
Herod couldn’t kill Him.
Death couldn’t handle Him.
The grave couldn’t hold Him.

He always has been and He always will be.
He had no predecessor, and He’ll have no successor.
There was no body before Him and there’ll be no body after Him.
You can’t impeach Him and He’s not going to resign.
That’s my King!

Hallelujah! Now here’s my question to you: Do you TRUST Him today? If so, leave a comment and say, “I’m trusting God!” I’m going to randomly pick one comment and send her a FREE copy of Trusting God.

Here are two great resources to help you know and trust God more. 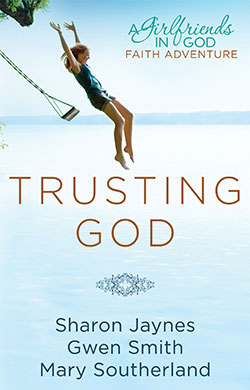 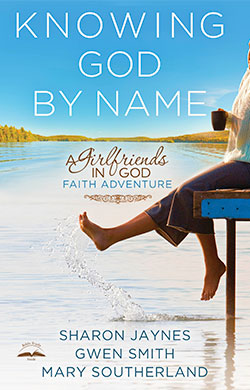